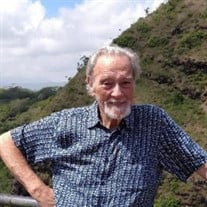 Norm was born in West Chester Pa. to Sidney and Bess (Grablow) Paul. His family moved to Wilmington, Delaware shortly after to be close to their parent’s Nate and Minnie (Cohen) Grablow and AJ and Mame (Gabriel) Polin. He graduated P. S. DuPont in 1955, but not before meeting the love of his life, Charlotte Sommers. Norm got into a minor car accident with his father’s Chevy Coupe (which was supposed to be garaged until his parents returned from Florida) outside Charlotte’s house and ran in to use the phone (he kept calling her days later to thank her, “Oh mom, it’s that crazy, wild Paul-boy again.”) He attended Temple Tech in Philadelphia and then graduated from Rhode Island School of Design (RISD) for architecture and created a bond with his classmates like no other. They would remain some of his best friends his whole life. He and Charlotte married in 1960 and shortly thereafter moved to Washington D.C. where he worked for the Army Corps of Engineers. After the 1968 war in Israel, Norm, Charlotte and then five year old daughter, Lisa, boarded the Queen Anna Maria to make aliya after a two week ocean voyage. It was at the Port of Haifa as new immigrants that he fell in love again. This time with a country. There he discovered archeology and even more friends and more stories. In 1970, the small family moved back to Lower Merion, outside of Philadelphia, where he continued to practice architecture in small quality private commercial and residential firms where he maintained long term friendships with his contractors and builders. A short move to the Poconos then back to the Phila region. He was a member of Beth David Congregation in Gladwyne, President of the Men’s Club, a volunteer for JEVS teaching new Russian immigrants and writing and publishing the prolific yet short-lived Reform Judaism magazine, Shalom Philadelphia. After 40 years of a beautiful marriage Charlotte succumbed to breast cancer in 2000. Norm was a caregiver, beyond. Writing poetry by her bedside, questioning and pondering everything from life and death to God and religion, art and music, love and the future. He never left her side. In 2000 Norm met the second love of his life, Andrea Lande. They lived in Freehold NJ and eventually moved to Valencia Palms in Delray Beach, Florida in 2005. He lived many lives in one. He traveled to Russian twice (once for an architectural job in Siberia where he had the Russian secret service sleeping outside his hotel room door, once on a covert mission with Charlotte before Glasnost to convince Jewish refuseniks to immigrate to Israel), He and Charlotte enjoyed their Gourmet Groups and Friday Evening picnics with friends. A romantic trip to Barcelona for his 56th birthday. And always to Manhattan (with friends from Beth David to eat at Sammy’s Romanian, Carnegie Deli, Chinatown, food and food. Always food.) as well as always flying to Philadelphia and the Berkshires to visit his grandchildren. Later in life he adored the cruises that he and Andrea were so fortunate to take. Architect, writer, photographer, archaeologist, amateur philosopher, chess player, bowler, world traveler, hardest working person you’d ever meet. Father, grandfather, husband, older brother, cousin, uncle, friend. The best friend. In 2005, Norman wrote a book he self-published for his family about his family, entitled, From Me to You with Love (Blurb.com). It has moments and memories from his great-grandparents in Russia to current day-to-day adventures with his grandchildren. I’ll let him end this obit: “As you can tell from this ‘venture’, I have bounced back several times and reinvented myself. My values, dreams and attitudes will have to be my guide from now on. Practicality be damned. I wish to live as full a life as possible, being both good to myself and inconveniencing as few people as possible. It’s a bitch not being Superman...Up, UP and Away!” - Norm, March 18. 2009. He leaves his wife Andrea Lande of Delray Beach, FL, his dear cousin, Hope Barcus and her daughter Carrie of Greenwich, CT, daughter Lisa Briskin, her husband Gennady and grandchildren Charlotte and Benjamin of Malvern PA, daughter Sara Paul and Michael Dowling and granddaughters Willa and Eve of Hinsdale, MA and many many many friends. We assume he’s very grateful to reunite with his beloved younger brother Ronnie, his parents, his aunt and uncle whom he adored, many friends that have departed before him and mostly, his first wife, Charlotte Sommers Paul.

Norm was born in West Chester Pa. to Sidney and Bess (Grablow) Paul. His family moved to Wilmington, Delaware shortly after to be close to their parent&#8217;s Nate and Minnie (Cohen) Grablow and AJ and Mame (Gabriel) Polin. He graduated P.... View Obituary & Service Information

The family of A. Norman Paul created this Life Tributes page to make it easy to share your memories.

Norm was born in West Chester Pa. to Sidney and Bess (Grablow)...

Send flowers to the Paul family.