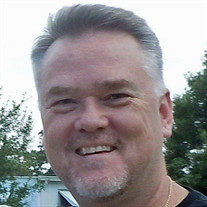 Eric (Pete) Peter Hyland, age 51, of Delray Beach, Florida, died September 19, 2014, after a 15 month battle with Sarcoma cancer. He was born to Robert (deceased) and Gene Hyland, March 26, 1963 in Rochester, New York. Eric graduated from Wayne Central High School in 1981 and received a BS in Computer Science from the University of Southern Florida in 1986. He received his MBA from Keller Graduate School of Management in St. Louis, Missouri in 2002. Eric married Lisa Baumann in 1989 and they lived together in St. Louis, MO, before relocating to Delray Beach in 2010. Eric was first and foremost a loving and dedicated husband and father. He was passionate about helping others and giving to his community. He participated in mission trips to Honduras and Hungary. He was a board member of Canterbury Enterprises, Inc. of St. Louis, which provides meaningful work for people with disabilities. He was a frequent and happy participant in Habitat for Humanity projects. Eric is survived by his wife, Lisa, and two children, Jessica and Phillip Hyland, his mother, Gene Hyland-Crosby and six siblings. In lieu of flowers, the family is requesting that donations be made to the Sarcoma Alliance, http://sarcomaalliance.org/donate/donate-now/ Eric’s Memorial Service will be held on September 26, 2014 at 4 p.m.at St. Joseph’s Episcopal Church, 3300 South Seacrest Blvd., Boynton Beach, FL.

The family of Mr. Eric P Hyland created this Life Tributes page to make it easy to share your memories.

Send flowers to the Hyland family.