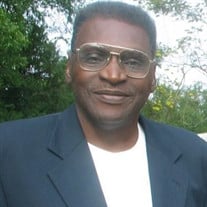 Matthew Phillips was born on May 7, 1943 in Branchville, SC to the late Deacon Wilbert Phillips and Deaconess Bessie Jennings Phillips. At an early age he joined Hickory Grove Baptist Church in Rowesville, SC. He was a graduate of Christ the King Catholic School and Wilkinson High School now Orangeburg-Wilkinson in Orangeburg, SC. Upon graduation Matthew enrolled at Clafin University. Matthew interrupted his studies to serve in the United States Army. Highlights of his service included a tour of Europe and memorable ride on the Seine. Upon discharge he resided in Brooklyn, NY and was employed by the Port Authority. In later years Matthew worked with the National Council of Alcoholism in Westchester at White Plain, NY. It was here that he found his passion as an addiction counselor. After moving to Florida, he attended Palm Beach Atlantic College in Ministry Studies Program and received numerous accolades and certificates for volunteer work with the VA and Disabled American Veterans. Matthew was most proud of his work with the Kairos Prison Ministry at the Okeechobee Correctional Institution in Florida. He was an active member of St. Joseph’s Episcopal Church and a member of the Brothers of Saint Andrew there. He was preceded in death by brothers: David Phillips, Freddie Phillips, and Curlee Vincent Phillips. Mourning his death are his life partner Linda Brown, Delray, FL; one brother, Dr. Marion Phillips (Dr. Mary Phillips) of Chapel Hill, NC; one sister, Willie Mae Phillips McLeod of Douglasville, GA; four nephews, Greggory Phillips (Linda) of Orangeburg, SC, Charles Eric Phillips (Cynthia) of Orangeburg, SC, Aaron Phillips of Atlanta, GA, Aaron Christopher McLeod of Douglasville, GA, and Marcus Scott Phillips (Latesha) of Mebane, NC; two nieces, Constance Phillips of Berkeley, CA, Garneda Phillips (Robin) of Lilburn, GA and a host of relatives, classmates and friends.

Matthew Phillips was born on May 7, 1943 in Branchville, SC to the late Deacon Wilbert Phillips and Deaconess Bessie Jennings Phillips. At an early age he joined Hickory Grove Baptist Church in Rowesville, SC. He was a graduate of Christ the... View Obituary & Service Information

The family of Matthew Phillips created this Life Tributes page to make it easy to share your memories.

Send flowers to the Phillips family.